My exchange year in Norway is soon coming to an end. What a rich experience I have had. Of course it came with its fair share of challenges but hey, here I am. Whoop! Whoop!

A big part of the exchange has been knocking stereotypes about Kenya (and Africa at large) off people’s heads, mostly Norwegians. Boy have I not done this with passion! Phewks! I have at some point even thought I wouldn’t do a bad job as a diplomat. How does “Kenyan ambassador to …. (name of country)” sound on me? Huh? Hold that thought. Never say never!

Seriously though, you would be shocked at how warped people’s view on Africa is on this side of the world. But hey, I won’t get started on that yet, because I will, God willing, write about it soon.

One of the many things I have had to correct people on is them having the view that we buy wives, or that we exchange women for cows. In the sense that women and cows are regarded to be similar. Of course we are culturally expected to give something, usually of monetary/economic value, as dowry. This is however never meant to be a payment but a thorough appreciation by the groom towards his bride’s family for raising and caring for his bride.

Lately however, and equally shamefully, there has been a lot of commercialization of this noble culture, where the family of the bride decides to ask for huge appreciation (dowry). These recent trends, however, do not whatsoever reflect the intentions of the process. I mean, is it even strange that a groom would offer, even everything he has, for the sake of his bride? Including his life? Not at all.

There is a well known perfect groom who emptied himself for his bride. Even giving up his life as a sacrifice just to see his bride presented as perfect, spotless and blameless at their wedding day. Taking upon himself all shame, wrongs done by his bride, he suffered the pain his bride deserved, and died the death she deserved to die, despite having lived a perfect life she could never live. God raised him up 3 days after he died though, and seated him at His right hand. And now he awaits the glorious wedding day, when he will be united with his bride, forever. It is worth mentioning that his bride is everyone who believes in him, loves him, and follows his commandments.

Back to Kenyan dowry though, often times, people regard dowry as cows. This, I believe is because of the value that cows had in the past, and still do have today. Having many cows, and other animals in general, was a sign of wealth. If you talk to a Kenyan, they will most likely tell you a story of how their parents or guardians sold cattle to get enough money to pay school fees. It is common to buy calves, feed and rear them until they are old and strong enough to get a good price on them after selling.

This tradition is not a payment for one’s bride. Neither is it an equation of women to property (whether it be cows, money or anything else). I understand that it is difficult for foreigners to have a full grasp of this concept but even if you are not going to understand exactly what it is, it is important for you to know what it is not;

There is a complete difference between early, forced marriages and dowry. The former is a discussion for another day and while both may have dowry involved, they are NOT the same!

We do NOT buy brides, and neither do our parents sell their daughters. This is a respected tradition where the groom is indebted to offer thanks to his bride’s family by giving dowry. Besides, there is a common saying that one cannot finish giving the dowry, it is a life-long process, and as long as you are married, you will (or should) always want to keep appreciating your wife’s family. This of course has its right limits.

I recently attended a lecture on culture and communication and we were given a task to put together common words in groups from a list of provided words.

As we were discussing our groupings, the lecturer mentioned that she heard that according to the Maasai culture in Kenya and Tanzania, people would group women, children and cows in the same group, while putting men in a different one. Luckily (or maybe unluckily), we have Caleb, who is Maasai, in the class. He said that he had never heard that before!! Being only a 25-year old Maasai, he decided to ask his dad about it. Just to be sure he wasn’t ignorant of that aspect of his culture. I think his dad’s response is the best way to end this blog post: 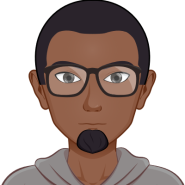